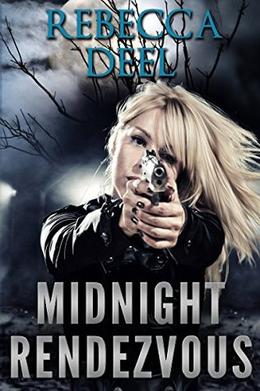 When the past and present collide, the result could be fatal.

Fortress Security operative Lily Stanton survived life on Nashville's streets and thrived in the Army. Abandoned as an infant, her Fortress teammates have become family, so her world is rocked when a woman claiming to be her mother begs to meet her. After Lily and her partner, Remy Doucet, uncover a connection between their mission and Lily's mother, she has no choice but to confront her past. To navigate that emotional minefield, she needs Remy, the man who has slipped past her defenses and captured her heart.

Former NYPD homicide detective Remy Doucet hasn't thought about his high school sweetheart, Christine, since he met Lily Stanton, the woman who stars in his dreams. But when Christine disappears, Fortress Security sends him and Lily to find her. When the search leads them deep into hostile territory, they team up with Fortress Security's newest squad, an elite Delta unit, to stop a con artist from preying on those who are desperately ill.

Remy knows one misstep could lead to mission failure. Worse, he could lose Lily. And he won't allow anyone to take her from him, no matter the cost to himself.
more
Amazon Other stores
Bookmark  Rate:

'Midnight Rendezvous' is tagged as:

All books by Rebecca Deel  ❯