Wolf on the Run (Salvation Pack #3) 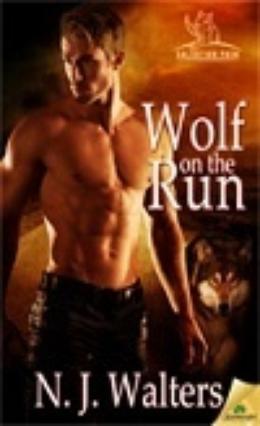 She’s run right into the arms of the big bad wolf.

Considered an abomination for her inability to shift, Cherise Michaels has been on the run from her pack since she was a teenager. After her mother is murdered by her former packmates, Cherise is alone, grieving and out of options. Until a dream puts her on course toward her last hope—Salvation, North Carolina.

She makes it to Salvation only to be cornered by her pursuers and then rescued by the biggest, baddest werewolf she’s ever seen.

Cole Blanchard has no trouble dispatching the intruders trespassing on pack land. Convincing their skittish quarry she’s safe is another story. Cole senses she is his mate and he’ll protect her to his last breath, even it means risking everything to face her former pack.

In Cole’s arms, Cherise learns there’s something in this world more powerful than fear—desire and love. She knows loving her is a death sentence for Cole, so she plans to store up a lifetime of memories before she lets him go…

Warning: This pulse-pounding, heart-thumping story may cause shortness of breath. You are not having a heart attack. You are falling in love with a hot werewolf who will do whatever it takes to keep his chosen mate safe.

'Wolf on the Run' is tagged as:

Similar books to 'Wolf on the Run'

All books by N.J. Walters  ❯

Buy 'Wolf on the Run' from the following stores: