A Lady in Hiding (The Archer Family #2) 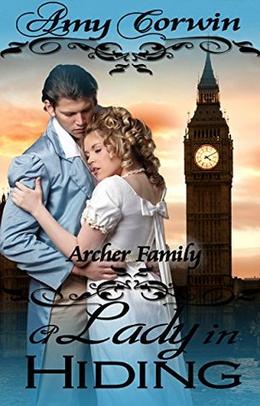 A tragic case of arson sends Sarah into hiding to escape the terrible fate of her family. She works as a common laborer, and is safe for thirteen years, until she receives an ominous note. Despite her disguise, the killer has caught up with her, and she is once again in danger from a man determined to silence all echoes from the past.

William, an inquiry agent, is consumed with curiosity when he meets Sarah and hears about her case. And one look into her gray eyes has him hooked. Even though the evidence is scanty after so many years, he vows to assist her, unaware how events will challenge him both as a man of honor and as an investigator.

When a second attempt is made on Sarah's life, William is forced to follow a treacherous path through the twisted, dark past. And his growing attraction to the independent woman proves just as dangerous. He needs a clear head to sift through the ashes of the old tragedy, with its hints of corruption reaching into the highest levels of Society. Above all, he must protect Sarah, regardless of personal cost.

Love must find a way to bring the two together and thwart a desperate arsonist, or the last survivor of the long-ago fire will die.
more
Amazon Other stores
Bookmark  Rate:

'A Lady in Hiding' is tagged as:

The 'The Archer Family' series

Similar books to 'A Lady in Hiding'

All books by Amy Corwin  ❯

Buy 'A Lady in Hiding' from the following stores: