Bride for the Bear 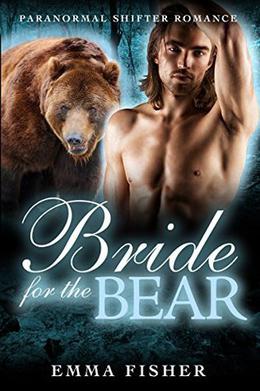 When this protective alpha bear finds his mate, he’ll risk everything to be with her.

Rachel is a romance writer who no longer believes in love. She runs away from her life in the city, a dangerous stalker, and an angry publisher, hoping to figure out her next book. She’s looking for peace and quiet. What she finds is the sexy alpha shifter, Noah Sinclair.

Noah is a protective alpha bear who must find a mate or lose his spot as Alpha, and time is running out. When he meets the broken-hearted Rachel, his protective instincts kick in, and she seems to be the perfect choice to be his bride.

Too bad Rachel is human, and it's against the rules for Noah to take a human bride.

But Noah never gave a damn about the rules. When he sees something he wants, he goes after it, and what he wants is Rachel.

There’s only one problem. Rachel doesn't know Noah is a shifter. If he reveals his secret to her, he risks losing her forever, along with his entire clan and everything he's ever cared about.

Can Noah risk it all for love?

This is a stand alone story with a HEA, mature content, and hot shifter action.
more
Amazon Other stores
Bookmark  Rate:

'Bride for the Bear' is tagged as:

Similar books to 'Bride for the Bear'

Buy 'Bride for the Bear' from the following stores: