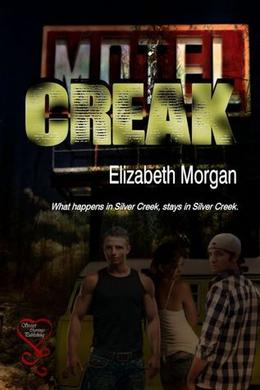 After spending the summer as a recluse due to a bad break-up, Nicole Saunders agrees to go to The Heat Wave Festival with her best friends, Kacey and Tyler.

Along with three other friends they plan to take a shortcut through the small town of Silver Creek; the last thing any of them expected was to become lost and end up pulling in to a motel for the night.

The Creek Motel is isolated and the last place Nicole wants to be, especially after meeting the glacial owner, but her discomfort is soon forgot as she finally gives in to her feelings and asks Kacey and Tyler to spend the night with her.

A decision she quickly regrets when she discovers that their friend has mysteriously disappeared from her locked room in the middle of the night. Worried, Nicole presumes the worst, but quickly discovers that Jayne's disappearance is more disturbing than any of them could have guessed.
more
Amazon Other stores
Bookmark  Rate:

'Creak' is tagged as:

Buy 'Creak' from the following stores: