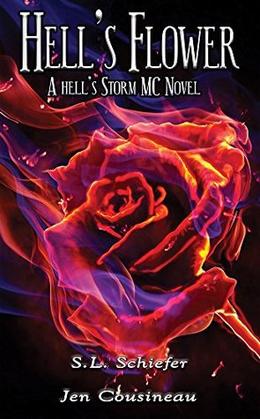 Two people. That's how it usually starts right? I grew up believing one thing, only for one day to completely mess up everything I've ever been taught. Was I a good girl? No, not by any means. But, the world I'm about to be thrown into is unlike anything I've ever known.

Multiple people. I live for club life. As the President of the Hell's Storm MC I protect my brothers at all costs, and they do the same for me. After a rival club killed what was mine, I vowed to live in as many chicks as possible. Never tasting the same one twice. But, all it takes is that one look to completely bring a man, even me, to my knees.

Two people. Brought up on different sides of the tracks. Two different paths in life. Both will be tested, taken to the very edge of darkness that threatens to consume them both. Will they be able to withstand the heat of hell? Or will they fight to death and lose themselves?
more
Amazon Other stores
Bookmark  Rate:

'Hell's Flower' is tagged as:

All books by SL Schiefer  ❯