Taken Captive by the Highlander 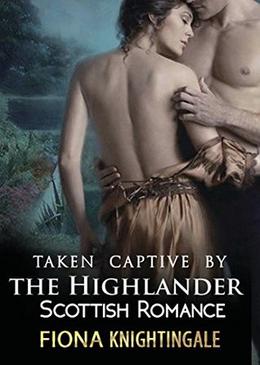 Luna has been captured, will she let her heart be captured as well?

Luna Everly has never believed in conventional thinking. She had always gone her own way, but then she married Henry and everything changed. Her independence was stunted and she was expected to stay in the kitchen and out of the social limelight. Her husband was boorish, ridiculed her for creative spirit and when she tried to speak out, her complaints would fall on deaf ears. She thought that she was trapped in a loveless marriage, until that fateful day that the highlanders raided their castle and the surrounding area.

Luna saw the death and destruction and then was taken prisoner by Conner and the clan of Patrick. She at first resisted his advances and found him brutish. It wasn’t long, until she sees his vulnerability that she realizes that being captured might’ve been the best thing that could’ve ever happened to her

WARNING: This ebook is contains mature language and content. It is intended for 18+ readers Only!
more
Amazon Other stores
Bookmark  Rate:

'Taken Captive by the Highlander' is tagged as:

Similar books to 'Taken Captive by the Highlander'

More books like 'Taken Captive by the Highlander'   ❯

Buy 'Taken Captive by the Highlander' from the following stores: