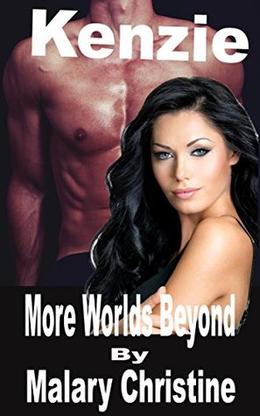 This is the third book in the More Worlds Beyond series. It can be read as a stand alone, but it's recommended that the books be read in order. This book is cliff hanger free.

Kenzie, Adriana's younger sister, is an emergency room nurse at the local hospital. After finding her last boyfriend with another woman, Kenzie jumps at the chance to leave with Pakhi and Adriana. The sexy Tolan might have swayed her decision a little, even though she'd never tell him that.

She wanted an adventure, and she has certainly found one. After the Rahu tries to kidnap her, she finds herself with another race of people, the Kasei. When she's finally reunited with her family, she decides to stay on Sukara and visit Eliana. She also wants to see where her relationship with Tolan will lead. Someone should have warned her about their promiscuous culture!

Tolan finds Kenzie stunning from the moment he laid eyes on her. He enjoys having her in his bed at night, but unlike his older brother Zahin, he's not ready to commit to one female. Will he figure out his feelings in time, or will Kenzie find someone else who will love only her?
more
Amazon Other stores
Bookmark  Rate:

'Kenzie' is tagged as:

The 'More Worlds Beyond,' series

All books by Malary Christine  ❯

Buy 'Kenzie' from the following stores: