Concealed by a Kiss (Hiding from Love #2) 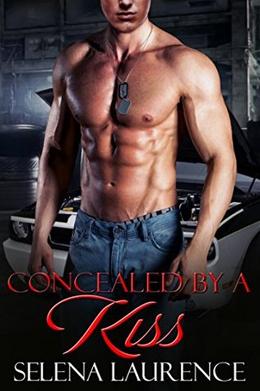 She Followed the Rules
When Alexis Garcia left Gabe Thompson in Afghanistan two years ago, she had every intention of waiting for him to come home. Then her domineering parents and the former boyfriend they’d handpicked convinced her Gabe was a mistake, and Alexis returned to the safety of her ex’s arms and a predictable future. But when Gabe shows up unexpectedly at her door, all it takes is one searing look and one claiming kiss to reignite the hope and the passion she’s concealed for so long.

He Can’t Let Her Go
Gabe left the military and has spent the last two years trying to forget the brunette beauty who broke his heart. But after a lifetime of avoiding romantic commitments, he’s forced to admit that nothing can erase the memories of the only woman he’s ever loved. When he shows up at Alexis’s door demanding one more chance, he feels his heart reawaken and his body stir in ways he’d given up on.

Rebuilding Trust Will Be the Biggest Battle They’ve Ever Faced
Gabe is a soldier and is used to getting what he wants at any cost. The last thing that’s going to stop him is an overbearing family and his girl’s misplaced sense of loyalty. Now he has to convince Alexis to put everything she knows on the line for their love. Because their connection is undeniable, if only they can stop concealing it from themselves.
more
Amazon Other stores
Bookmark  Rate:

'Concealed by a Kiss' is tagged as:

The 'Hiding from Love' series

Similar books to 'Concealed by a Kiss'

Buy 'Concealed by a Kiss' from the following stores: