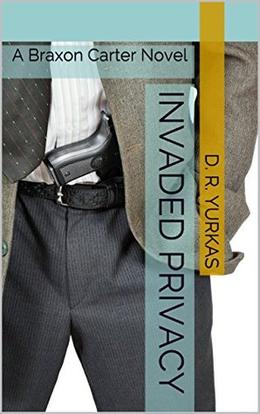 This book contains, ADULT TOPICS, DRAMA, SEX and is NOT RECOMMENDED FOR READERS UNDER 18.
Welcome to Milton, where the Carter family and drama go hand in hand.
There were many reasons Braxon Carter left the FBI behind to take the Assistant Chief position in his hometown of Milton. Politics. Injustice. Bureaucrats and the reflection in the mirror with a black cloud darkening his soul. He looked forward to his new job, meeting old friends and maybe reconnecting with the woman he left behind, Selah.
Selah Jones, grieved for the loss of her friend and raged at the re-emergence of Braxon back in Milton. She wished him nothing but good riddance as she tries to swallow another loss. Her public reserve and private thoughts clash within her as she collides with a man who's sought her attentions for a long time and he so happens to be another Carter...Clayton. She embraces the beginning of a new romance as things go from bad to worse and skeletons keep getting ripped out of closets.
Clayton Carter had no idea the roller coaster ride he had stepped as Selah unburdens secrets to him as Braxon leans on them both to obtain the additional videos Stacy left to Selah. It is all he can do to keep going back to Selah when she walks away and when Braxon uncovers his secret sending Selah fleeing for good. It takes all his willpower not to put his aggressive cop cousin six feet under.
Braxon's relentless pursuit for answers to Stacy's murder, leaves a trail of personal destruction and ill will. From his conflicts with Selah's father, Judge Jones, to confrontations with the Mayor and when he finally lets go so the dust can settle, he obtains one more slice of information which ignites a powder keg that could very well cost his reputation and his job.
Nothing is as it seems as everything begins to unravel and no one will be the same, ever again.
more
Amazon Other stores
Bookmark  Rate: