by Gretchen S. B. 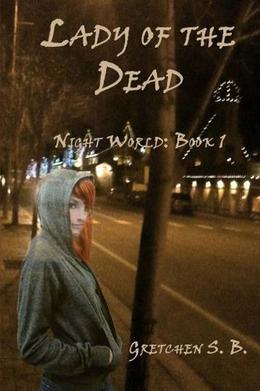 A Lady of the Dead only comes along once in a century. Gwen knows this makes her valuable but she hates the constant supervision of her Warrior guards. Her increasing power has gifted her some independence until rumors of war spook her guards enough to report to the King

Cesar has been King of North America through several wars and rebellions. When one of his generals informs him these new rumors involve the Lady of the Dead he flies to Seattle himself it investigate, posing as his second-in-command. The instant attraction he feels to Gwen becomes increasingly hard to ignore.

Will Cesar be able to protect Gwen while battling his lust? Will Gwen stay with her warrior guards or will Cesar’s dominating nature push her to switch sides? Hidden alliances surface in Lady of the Dead.
more
Amazon Other stores
Bookmark  Rate:

'Lady of the Dead' is tagged as:

Similar books to 'Lady of the Dead'

Recent books by Gretchen S. B.

All books by Gretchen S. B.  ❯

Buy 'Lady of the Dead' from the following stores: