The Other Alexander (The Bow of Heaven #1) 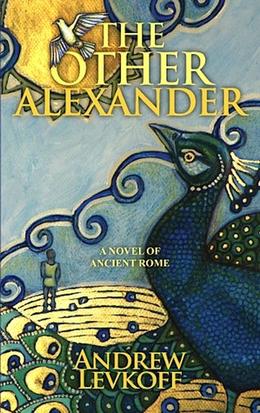 In the greatest, foulest city in the world, love, mayhem and betrayal find the slave, Alexandros. Given as a gift to the richest man in Rome, he soon discovers that intrigue and murder stalk the house of his master. Alexandros can solve the crime, but if he does, the worst punishment may prove to be his own.

Alexandros is astute, well-educated and brimming with caustic wit, but he can't seem to remember the golden rule of slavery: keep your head down and your mouth shut. No wonder more than one person in the house of Marcus Crassus wants to see this former Greek philosophy student dead.

Through accident and intervention, Alexandros manages to survive, but is he willing to take the proffered hand of the one ally he wants desperately to despise - his owner? Every boon and advancement accepted from Crassus is an acknowledgment that his former life is gone. Yet how can he resist? Crassus is a good man, for a Roman.

At last, Alexandros realizes that accepting his condition is the only way to recoup the little freedom left him. He willingly opens his eyes to his new life ... and immediately falls in love with Livia, a fellow servant he's never allowed himself to see. But romance for a slave is a fragile thing, especially when tragedy befalls the Crassus household in the guise of Gaius Julius Caesar and his insatiable ambition.

Alexandros has won the ear of Crassus, but can a slave keep a master of Rome from making a choice that could topple the foundations of an empire?
more
Amazon Other stores
Bookmark  Rate:

'The Other Alexander' is tagged as:

The 'The Bow of Heaven' series

Similar books to 'The Other Alexander'

All books by Andrew Levkoff  ❯

Buy 'The Other Alexander' from the following stores: