Bridge of Mist and Fog 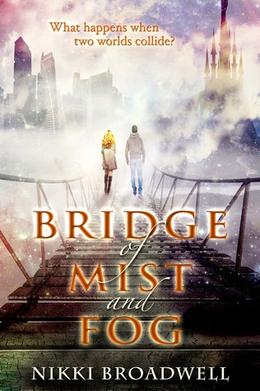 Airy Fitzhugh is anxious when she spots an island off the coast that her mother is unable to see—she’s lived in her powerful mother’s shadow her entire life. But when she consults the goddess of prophecy and discovers she has a destiny, her mood lifts. According to Corra she’s linked to someone on that island and their future involves building a bridge between two worlds. It’s another matter altogether when her parents insist that she attend college in Milltown, Massachusetts, far from the mystical Otherworld where she’s lived all her sixteen years.

It is only when she meets a boy from the future that Airy’s world begins to expand. Fehin makes her aware that her ability to talk to trees is a gift. She is special after all. But many dark and tangled paths must be taken before the two of them can discover what fate has in store.

How can they trust in destiny when everything is working against them?
more
Amazon Other stores
Bookmark  Rate:

'Bridge of Mist and Fog' is tagged as:

Similar books to 'Bridge of Mist and Fog'

More books like 'Bridge of Mist and Fog'   ❯

All books by Nikki Broadwell  ❯

Buy 'Bridge of Mist and Fog' from the following stores: