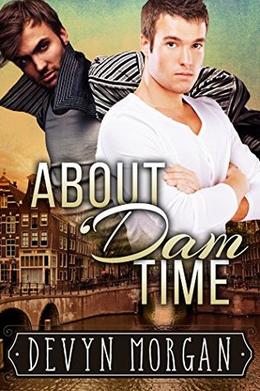 Finally, finally , they were kissing again!

American student Sean Elliott, on a break from his London uni program, is lost in Amsterdam when his phone dies. He stumbles on an unexpected concert, only to bump into the stage manager: a very familiar face. His ex, Alex Howell, was the one who got away, but now they're both single and the chemistry burns between them. Before they can even meet for a date, his nerves get the upper hand – and then a mugger strikes, putting Sean in danger and reminding him of his past... a past one man helped him forget.

Alex encourages him not to retreat into his old shell. With Alex's help, Sean confronts his newfound and old fears only to find himself drawn to Alex like never before... and the feeling is mutual. Can he risk putting his heart on the line again? More importantly, can he risk letting Alex slip away again?

About 'Dam Time is a standalone gay romance with a HEA ending.
more
Amazon Other stores
Bookmark  Rate:

'About 'Dam Time' is tagged as:

Similar books to 'About 'Dam Time'

Buy 'About 'Dam Time' from the following stores: