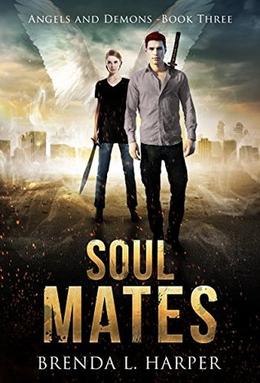 Wyatt is dead. Josephine is now Dylan’s adversary. And Dylan is struggling with the idea that her destiny still holds more secrets. At the same time, Dylan is fighting a new enemy, demons that are the dark, angry souls of Nephilim who died before Dylan’s birth blessed them and allowed them to rise to heaven upon their deaths. Led by Stiles’ former friend, Jack James, the demons are searching for an orb Joanna brought to Earth from heaven that could give them the power they need to rule the earth with darkness. Dylan and Stiles find the orb easily, almost too easily, but that is only the beginning of discovering the mysteries of its power.

As Dylan marches toward her destiny, she must make choices that will change everything for her, for Stiles, and for the humans she loves more than life itself. One of the choices she must make is the selection of a new soul mate. Dylan has known for several decades that Stiles has chosen her to replace Joanna as his soul mate. But Dylan has freewill. She can choose any soul mate she desires. Will she chose Stiles? Or will the appearance of a new archangel change everything she once thought she knew? And once her soul mate is chosen, will Dylan be able to live up to her new role as guardian of humanity?
more
Amazon Other stores
Bookmark  Rate:

'Soul Mates' is tagged as:

The 'Angels and Demons' series