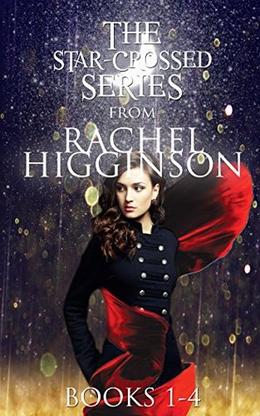 Reckless Magic:
16 year old Eden Matthews has been in and out of private schools for the last two years. She can't seem to stop herself from closing them down. Kingsley is her last chance to finish high school.

She is focused on just getting through graduation until she realizes Kingsley is not like the other private schools she's been to. But after meeting Kiran Kendrick, the boy who won't leave her alone and seems to be the source of all her problems, she is suddenly in a world that feels more make-believe than reality.

Reckless Magic is an intricate story about mystery, adventure, magic and forbidden love. Eden Matthews is an unlikely heroine determined to save the world and be with her one, true love before it's too late.

Hopeless Magic:
After returning home from Romania, and successfully saving her best friend Lilly, Eden Matthews must come to terms with her future as an Immortal.

seems to lurk around every corner as Eden struggles to keep her true identity a secret and protect those that she loves.

Eden must find a way to be with Kiran, or turn her back on him forever and fight to save her people.

Fearless Magic:
Eden Matthew's world is in shambles. Her grandfather viciously murdered, her twin brother held without magic, and her best friends imprisoned, all at the hands of the one man that was supposed to love her for eternity. She has been betrayed, and now she is being hunted by a king that wants her dead.

Eden must pick up the pieces of her life and stand alone against the tyranny that threatens to destroy her world. Alone she must find a way to rebuild the Resistance, locate her missing parents, save her loved ones and take down the monarchy.

Endless Magic:
Eden Matthews is a prisoner in the very household she set out to destroy. She is without magic and engaged to the same boy who betrayed her and everyone she loves.

With her wedding looming on the horizon, conditions for her people continue to worsen and her goal of offering her kingdom freedom seems further away than ever.

However, there is more at stake for Eden than just an unwanted marriage. Her heart is on the line too, as she fights the pressures of palace life, the prejudice ingrained in her people and a seemingly unbeatable king.
more
Amazon Other stores
Bookmark  Rate:

'The Star-Crossed Series Box Set' is tagged as:

All books by Rachel Higginson  ❯

Buy 'The Star-Crossed Series Box Set' from the following stores: