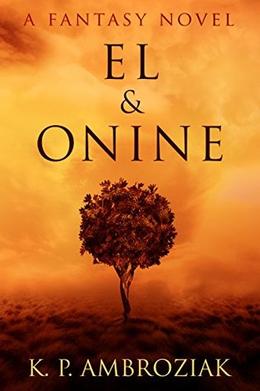 El is a sapient.

Onine is a Venusian.

They have nothing in common, except their inability to touch each other. Any physical contact means a fiery death to both.

When the Kyprian council selects El as the other half of an interspecies union, Onine wants to forgo his form to save her. If Onine can’t change bodies, El must. But neither of them knows that she already has.

A creation myth inspired by Ovid’s “Metamorphoses,” El and Onine pursue a love more resilient than the bodies they’ve been given and the universe in which they live.
more
Amazon Other stores
Bookmark  Rate:

'El and Onine' is tagged as:

Similar books to 'El and Onine'

Buy 'El and Onine' from the following stores: