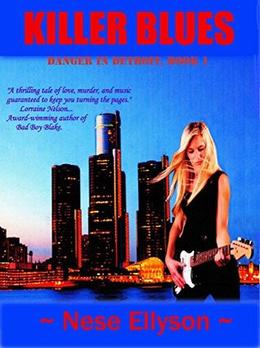 Detroit’s got a new serial killer…
And FBI Agent Jackson Kennedy is in charge of the investigation. Street performers are turning up dead, and after seeing Naomi perform he thinks she may be the killer’s next target.
Naomi St. James has two goals: earn a living through her music and stay off the radar of the man who killed her parents. Falling in love isn’t even on the list.
But the chemistry between her and Jackson is undeniable. Unfortunately, their only hope for a future rests on Jackson keeping her alive.
more
Amazon Other stores
Bookmark  Rate:

'Killer Blues: Danger in Detroit, Book 1' is tagged as: