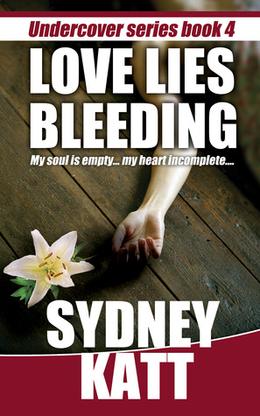 After closing the case of his career, FBI Special Agent Jackson Caldwell is ready to get back to a normal life with the woman he loves, but a serial killing spree hits too close to home and forces him to make a deal with a dangerous woman to lead the investigation. Even though it may be too late to bring home the woman he loves, Jackson will stop at nothing to get his revenge on the monster that took her away.

Armed with an unquenchable bloodlust and a diabolical charm, this killer may prove to be the toughest adversary Jackson has faced yet. Taking the women is necessary, but a rousing game of torturing an FBI agent is just the kind of fun he craves most. Can the FBI pick up on the string of clues he leaves around town? Will they catch him? He doubts it, but he dares them to try all the same.

When hunting a killer this devious, not even Jackson may be able to make it out with his sanity.

'Love Lies Bleeding' is tagged as:

All books by Sydney Katt  ❯