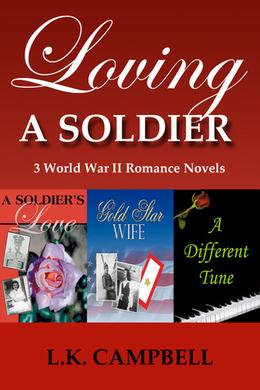 A special edition boxed set containing the novels, A Soldier's Love, Gold Star Wife, and A Different Tune. Three couples find love during a turbulent and changing time in history - the 1940s.
Katie McNeill is a shy clerk at the University of Maryland when in the fall of 1941, she finds herself caught between two very different men. Which one will win her heart and which one will change her forever?
In the summer of 1946, war-widow Janet Lewis becomes reacquainted with Major Paul Adams, an officer who once served with her late husband. Is she ready to love again?
When former paratrooper Scott Riley returns home from the war, he has one aim--to meet the girl who has been his pen pal and light at the end of the tunnel throughout his war experience. Can he win her heart?
more
Amazon Other stores
Bookmark  Rate:

'Loving A Soldier' is tagged as:

Similar books to 'Loving A Soldier'

Buy 'Loving A Soldier' from the following stores: