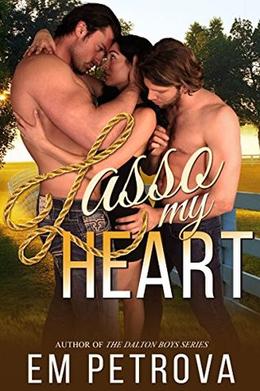 Dixie and Josh are approaching their first wedding anniversary and they’re celebrating with an all-nighter spent in the barn—pulling a calf. With Dixie fed up and the ranch coming between her and Josh, he puts out the word among his rancher friends that he’s looking for a hand.

Tucker Lee is all washed up. After a bull threw him and broke both his legs, depriving him of the last buckle he needed for his collection, he knew his rodeo days were over. Now he’s penniless, and a past conquest needs a ranch hand. Trouble is, Tucker has no idea if he’ll be welcome. Still, he has to try.

Dixie could never turn away a friend in need. But her husband has no idea she and Tucker were lovers, which makes for a lot of tension. And Josh is acting weird too. The secrets all three are keeping might be hot enough to send the barn up in flames, but they might get burned too. Who will strike the first match?
more
Amazon Other stores
Bookmark  Rate:

'Lasso My Heart' is tagged as:

Similar books to 'Lasso My Heart'

Buy 'Lasso My Heart' from the following stores: