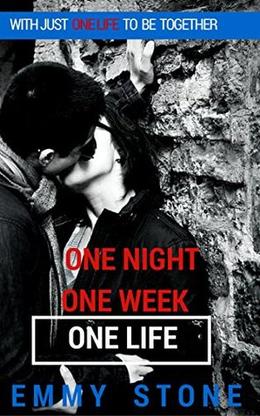 Five years have passed since the couple reunited, and eleven years since they first met--still, they had only been together for eight days. The next year, when Ana finishes her fellowship program she will once more pick up the phone to call Howard, hoping to prove whether or not they were meant to be together.
Both of them have changed over the years. They were no longer 18 year olds just about to go off to college, they were well on their way to 30’s, and yet the only thing of solemnity that they could say they’ve acquired were their careers. This makes both of them doubtful that their relationship could work out, they’ve spent so much time squandering their relationship they feel as though most of it died away and after just a few months of being together, their happy relationship goes into decline.
They need something permanent, but Howard, seeing his lonely mother is doubtful that such a thing is possible. And Ana, so focused on her career and making a name for herself, she has completely forgotten about the importance of love. To salvage their relationship they decide to go away on a trip together for two months.
more
Amazon Other stores
Bookmark  Rate:

'One Life' is tagged as:

Similar books to 'One Life'

All books by Emmy Stone  ❯

Buy 'One Life' from the following stores: