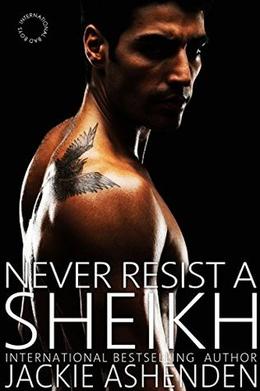 Felicity Cartwright is ambitious, fierce, and has everything to prove. But when she arrives in Al-Harah on business for her new tech start-up, she’s mistaken for the future queen and taken against her will.

Zakir ibn Rashiq Al-Nazari, ruling sheikh of Al-Shakhra, needs of a wife. Inheriting the throne after tragedy strikes his family, his government and people demand heirs, and hope for the future…

Once Zakir chooses Felicity as his bride prize, she is told she cannot resist… and when the unexpected chemistry burns between her and the sheikh, she learns she doesn’t want to. Will Felicity, this western stranger who has an inexplicable hold over Zakir, be just what he and his country needs to heal?

'Never Resist a Sheikh' is tagged as:

Buy 'Never Resist a Sheikh' from the following stores: