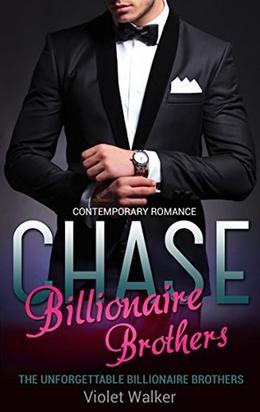 The heirs to the billion dollar empire Silver Enterprises are single playboys who work as hard as they play...

The heirs to the billion dollar empire Silver Enterprises are single playboys who work as hard as they play. But when their father gives them each an ultimatum—settle down or lose your inheritance—they each must decide if the family business is worth giving up the single life, while figuring out who is stalking them.

Chase is reluctant to settle down, especially at his father’s insistence. But a weekend with his sexy assistant may turn out to be just the thing he needs.

Jackson, the middle brother and peacemaker is too young for a wife and kids. But that doesn’t stop him from lusting after the pretty blond cook working for his father.

Ethan doesn’t trust women and he doesn’t trust love. He might have to give up his role as CEO of Silver Enterprises if he can’t get past his dark past.

This is the story of three handsome billionaire brothers and the women special enough to capture their reluctant hearts.

★★★★★
"POWERFUL! Violet Walker creates an intensely romantic world for young and old alike. A place where there is darkness and light, love and hope, and if you dare to go there you will never want to leave."

Read the complete novel by scrolling back up and clicking BUY NOW!
more
Amazon Other stores
Bookmark  Rate:

'CHASE' is tagged as:

The 'The Unforgettable Billionaire Brothers' series

All books by Violet Walker  ❯

Buy 'CHASE' from the following stores: