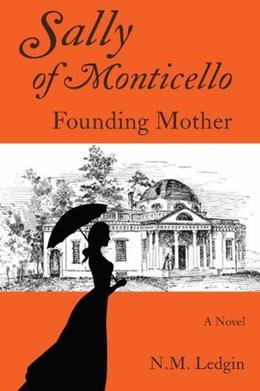 Teenaged Sally Hemings, mixed-race slave and sister-in-law to widower Thomas Jefferson, captured his heart while serving his daughters in Paris where he was U.S. Minister.

It was there a 38-year relationship began.

The historical novel, Sally of Monticello: Founding Mother, by Jefferson lecturer N.M. Ledgin, portrays a bright, assertive woman. She resolved his “inner conflict,” according to historian Winthrop D. Jordan, by ridding him of “high tension concerning women and Negroes.”

Ledgin based the novel’s timeline on Jefferson’s precise recordkeeping and collection of letters. Controversy over the affair and over recent DNA findings continues to fuel books and articles.

Sally decided voluntarily to return with Jefferson from slavery-free France to Virginia. They had several children who went free, and they left a mixed-race legacy now woven into the fabric of the nation.

This novel is an illuminating take on history. It is filled with emotion and adventure in the voice of a self-educated, sacrificing woman, whose passionate love and devotion helped guide one of our founding fathers.
more
Amazon Other stores
Bookmark  Rate:

Buy 'Sally of Monticello Founding Mother' from the following stores: