Saved By Alien Love (The Pride of Sierra Leandra #1) 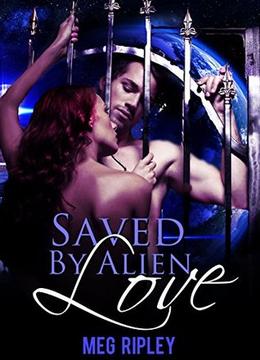 READ for FREE with KINDLE UNLIMITED!

Caden is a cyborg soldier. Deadly and precise, she’s used to being sent on risky space patrols that never seem to challenge her strength. Like the other Minders, she’s been bred specifically for security and combat, but her unusually short stature means she’s used to being underestimated.

Because of this, Caden allows her Commander to think she has an innate berserk mode that makes her impossible to take down, preferring to be seen as a fierce underdog rather than a dangerous anomaly who can’t control her violent fugue states.

Her denial works for years—and then she is reassigned. Before she can blink, she’s escorting a strikingly handsome alien councilmember back to his home planet, and she’s not sure how much longer she can keep up the illusion of control.

An emergency landing throws Caden face first into her worst nightmare, and she has to learn to tap into the terrifying emotion that has ruled her for years—while keeping this gorgeous other-worldly being safe. Saving the day has never been more of a challenge—but no one said that being a hero means being without fear.

This book is intended for readers age 18 and over. It contains mature situations and language that may be objectionable to some readers.
more
Amazon Other stores
Bookmark  Rate:

'Saved By Alien Love' is tagged as:

The 'The Pride of Sierra Leandra' series

All books by Meg Ripley  ❯

Buy 'Saved By Alien Love' from the following stores: