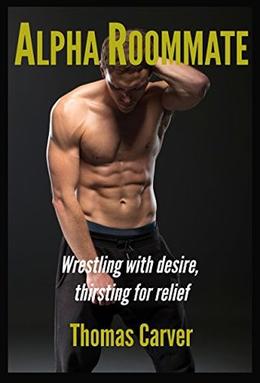 Brad's new college roommate Josh is an All-American jock, a wrestler with a body of steel, golden-boy grace and skater-boy swagger. He's also an alpha male, with a cocky sneer and demanding desires. But Brad is up for the challenge, glad to share his dorm room with such a perfect example of masculinity. That's until Brad meets Josh's teammate Andy, who shows him another way to see himself. Now he's torn between his thirst for Brad's rough and cruel attentions and Andy's stern affection. Brad must wrestle with his own desires, before he's pinned by the will of others. But is he strong enough to win the respect of his alpha roommate? This 24,000 word gay erotic romance contains sexually explicit scenes and scenes involving fetish activities.
more
Amazon Other stores
Bookmark  Rate:

'Alpha Roommate: Wrestling with Desire, Thirsting for Relief' is tagged as:

Buy 'Alpha Roommate: Wrestling with Desire, Thirsting for Relief' from the following stores: