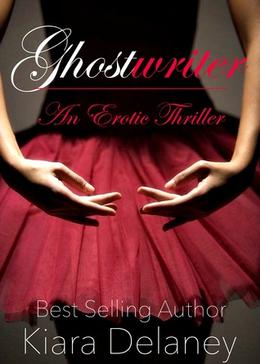 Though Devon Bradford seemed to have a hum-drum career writing as a theater columnist at The Times, he led a far more exuberant lifestyle in the bedroom, which more than made up for his lack of enthusiasm at this job.

He thought he'd landed the job that would catapult his career as a novelist when he was contracted to ghostwrite the autobiography of Nina Petrov, a wealthy businessman's young daughter.

Though he knew nothing of Nina, save for her tender age of twenty-two, nor did he know her reasoning for wanting to write an autobiography at such a young age, he felt as if this may be the opportunity of a lifetime based on the hefty advance Nina's father had offered.

Little did Devon know that Nina was an island unto herself. Her bratty and brash attitude had Devon's dominant side rearing its head from the moment he'd met her, and wanting to tame her in more ways than one.

Nina Petrov was hiding something that was far greater than her desire for Devon, and her inner demons threatened to destroy them both.

Would Devon be able to chip away at Nina's defenses? Or would her haunted past end up breaking down his own?
more
Amazon Other stores
Bookmark  Rate:

The 'Fallen From Grace' series