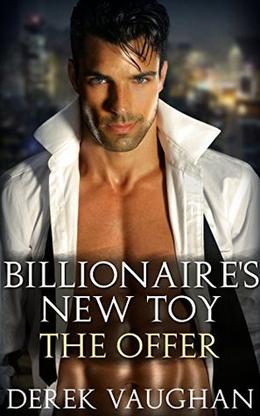 “A pretty boy like you shouldn’t be out on the streets.”

Waking up the next morning, aching and used after one of the most intense nights of his life, Connor is wary about how the powerful, sexy billionaire next to him will react to the homeless boy he took home.

To his surprise, the dominant man is in no hurry to throw him out - in fact, as Damion takes the chance to enjoy him again, he can't help thinking how good it would be to have Connor here to satisfy his kinky desires permanently...

(This short story contains domination, bondage, humiliation and rough sex between a hot dominant billionaire and a reluctant but willing pretty boy)

Damion’s eyes lit at the words, taking on a predatory gleam as he watched the boy below him. He offered another piece of food and smirked as Connor leaned forward to take it with his mouth, chewing it slowly and obviously savouring it. It felt unbelievable to have this much power over someone, but he was loving every moment of it.

The boy’s voice was sweet, even if the set of his body showed his hesitation with the whole scenario, and Damion’s mind started wandering again, thinking about what the submissive boy would end up being like if he was here for good, if he had a chance to train him properly.

Damion continued feeding him little bits throughout the meal, enjoying watching him more than he enjoyed the food itself. He made him beg occasionally, had him eat some from the palm of his hand – a couple of bits from the floor – but Connor did everything he required, appearing grateful for every piece he was given. By the end of it, Damion was satisfied on a deeper level than he could remember, and his desire was starting to simmer again, even as he found it hard to believe how the boy could turn him on so much. Pushing back his chair to look down at Connor, he made his decision.

Connor looked up at him, surprised, still savouring the taste of good food – wishing Damion had been just a little bit more generous, enough to fill him properly, but grateful for far more than he’d expected. He hadn’t thought about what it would be like back on the streets yet, and his pleasure dimmed as his mind turned in that direction.

He shrugged, not meeting Damion’s eyes.

“Whatever, I guess – find another space somewhere decent, and hope for some generosity.”

It wasn’t a great hope, either, and it was hard to think about returning to a life scrounging from day to day, fighting so hard just to survive and wondering why it was even worth it. It was an ugly thought but one that had been on his mind too often the last few weeks. Frowning, he tried to pull himself out of that, focus on what he did have right now. At least there was that.

Damion’s hand reached out to cup the back of his neck, angling his face to look up and meet his eyes as his gaze wandered down the guy kneeling at his feet.

“A pretty boy like you shouldn’t be out on the streets.”

Connor frowned for a moment, his eyes revealing his confusion as Damion’s hand stroked his hair lightly.

“I was pleased last night, boy – wouldn’t mind keeping you around if you’re good.”
more
Amazon Other stores
Bookmark  Rate:

'The Billionaire's New Toy - Book 2: The Offer' is tagged as:

Similar books to 'The Billionaire's New Toy - Book 2: The Offer'

Buy 'The Billionaire's New Toy - Book 2: The Offer' from the following stores: