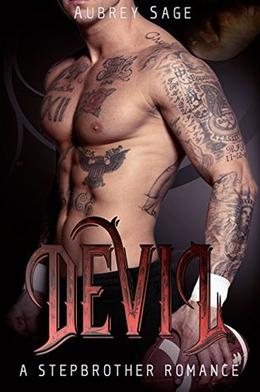 Mitch:
They call me "The Wrecker". And not just for the bodies that I'm wrecking on the football field, but for p***y that I wreck in the bedroom.

It wasn't always this way. A little more than 2 years ago, I was just your average guy but then I got into fatal car accident with a drunk driver. The doctors had pronounced me dead, but just as I was walking towards the white light, I was offered a deal by The Devil himself. He'd let me live and make all my wildest dreams come true.

The one caveat? I could never love again. I'd have to break the heart of every single girl that would ever fall for me.

It sounded easy enough at the time. But then Annie grew up, and damn... she's perfect.

Annie:
My stepbrother has changed.

When he got out of the hospital, he got ripped–I mean really ripped. Now he's grown cocky, arrogant, and he has all these new tattoos. I never noticed him before, but he's grown into the hottest guy I've ever seen. It's too bad he treats every woman like they're just a piece of meat.

He's the star running back at UCLA, and he'll probably make it to to the NFL next year. He's that good.

I hate that he's my stepbrother, but worst of all I think I'm falling for him.
more
Amazon Other stores
Bookmark  Rate:

'DEVIL: A Stepbrother Romance' is tagged as:

Buy 'DEVIL: A Stepbrother Romance' from the following stores: