When Love Waits (When Love Trilogy #1) 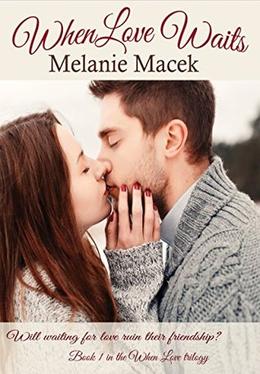 Emma Alexander has been living in San Diego the past eight years building her career. She’s only been home once during that time. When she rushes home to deal with a family tragedy, she discovers small towns have long memories. Circumstances force her to deal with the reason she stayed away so long. Now she must decide between the life she left behind and the one she’s secretly yearned for.

Jack McElroy has been in love with Emma since they met their freshman year of college. The last four years of living in San Francisco have been torturous for him, being away from her. When her promotion moves her north, fear of ruining their friendship tempers his desire to show her how he truly feels. Will he be able to profess his love for her or will her ex-fiancé beat him to the punch?
more
Amazon Other stores
Bookmark  Rate:

'When Love Waits' is tagged as:

The 'When Love Trilogy' series

Similar books to 'When Love Waits'

All books by Melanie Macek  ❯

Buy 'When Love Waits' from the following stores: