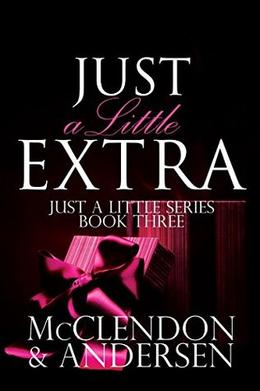 Alana Oberlander has hit the middle-aged wall. At 42, she’s a shell of her former self. Alana is over everything and everyone. Trapped in middle-class suburbia, her seemingly perfect life comes undone in a split second. After nearly two decades of marriage, her husband is suddenly found dead.

Taunted by her dead husband’s secrets consuming her every waking moment - will she be able to find the woman she used to be once again? She discovers real freedom and the person she once was, when she meets Rollins James. Alana’s determined to be on her own and live her life on her own terms, but Rollins just can’t forget her.

Caroline Lang was born in a time where women were defined clearly and given little freedom. Her deafness was a hurdle she had to overcome from birth in a society that equated a physical disability with a lack of intelligence.

Her life has been dedicated to raising her children and growing the business she loves.

Until the day her son introduces her to his fellow Marine, William Woodring. Initially unwilling to explore her attraction due to their age difference, the steady man takes her over-thinking off the table and shows her that love… true love …doesn’t care about silly numbers, a little thing like deafness, or the psychopath out to kidnap her granddaughter.

NOTE: Contains explicit sexual language and language. This book is intended for mature audiences. Do not read if explicit sexual situations offend you.
more
Amazon Other stores
Bookmark  Rate:

'Just a Little Extra' is tagged as:

Buy 'Just a Little Extra' from the following stores: