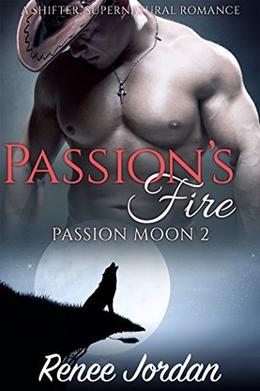 A young woman has discovered love in the arms of her werewolf!

For the first time in years, Kotie has found love. Forrest, the werewolf Sheriff of Moonrise, Montana has one her heart. As Kotie discovers her newly-awakened, magical powers, her past has caught up with her.

Burt, the abusive ex she fled from, has arrived in Moonrise. He wants Kotie back, and he has a fiery secret. In Moonrise, Kotie has discovered her strength and, with her werewolf mate, is ready to stand against Burt.

Beneath passion's moon, Kotie and Forrest will fight for their happiness and love!
more
Amazon Other stores
Bookmark  Rate:

'Passion's Fire' is tagged as:

All books by Renee Jordan  ❯