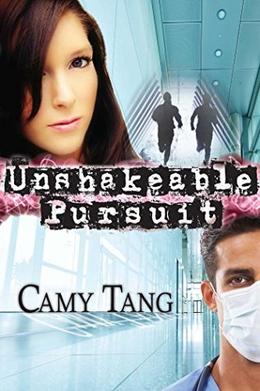 Doctor Geoffrey Whelan was in Japan when the tsunami hit, killing his cousin and grandmother. He has worked in medical missions for years to assuage his survivor’s guilt, and now that he’s back in Sonoma to help his family, he can’t figure out why he still feels so wounded and God feels so far away.

Then a mysterious young woman warns him that he and nurse Maylin Kinley are in mortal danger.

Maylin notices that Geoffrey is not the same arrogant doctor she met years ago in Los Angeles. Now that they are working together again in a clinic in Sonoma, she fights her attraction towards him because his confident, forceful personality reminds her too much of her abusive ex-boyfriend, who called himself a Christian.

She has been steering clear of her handsome coworker—until Asian hit men attack the clinic and they are forced to run for their lives. Now they must race to figure out how the threat is connected to a young teenager whose life they saved—before everyone they love is caught in the crossfire.

This is book #4.2 in my romantic suspense Sonoma series, although each book can be read alone.

3. Stalker in the Shadows

'Unshakeable Pursuit' is tagged as:

All books by Camy Tang  ❯