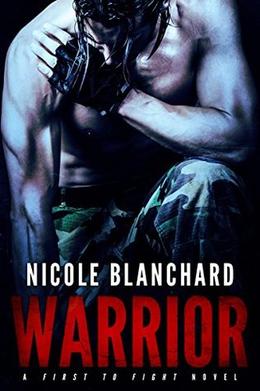 I thought it was just one night with my brother's best friend.

The boy I had dreamt about since he gave me my first kiss, under the lights of the Ferris wheel.

I knew he was about to leave for a year - no chance for a future.

But our one night together would create memories for a lifetime.

Our paths crossed again, but I had lied, and he was no longer the man he once was. He was warring against demons. Against the silence that was threatening to swallow him. And I had kept a secret from him, one he would never forgive me for.

But my secret was about to be ripped open. Displayed for the world on national news. And I had only one way to repair the damage.

I had to trust the man I lied to.

The man I never got the chance to make a life with.

The only man who could save what we had created together.

This is a FULL LENGTH, STANDALONE with a HEA and NO CLIFFHANGER.
more
Amazon Other stores
Bookmark  Rate:

'Warrior' is tagged as:

The 'First to Fight' series

Buy 'Warrior' from the following stores: