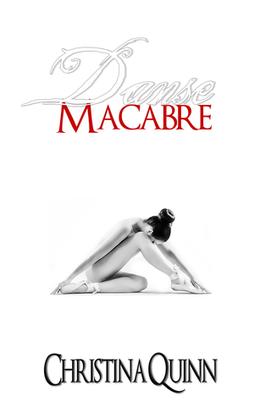 After the curtain closes on a ground breaking performance of Swan Lake by the only all Vampire Ballet Company, timid graduate student Autumn Darling spies a vampire dancing in the rehearsal studios. A mysterious, beautiful and intimidating man who serves as the all Vampire Ballet Company's star Principal Dansuer, Aleksi. The poised, demure Autumn is shocked to find herself attracted to Aleksi, in spite of all of the warnings she's received her entire life about vampires. Intrigued by Autumn's composure and reserve, Aleksi discovers he has a need to make the shy academic his-at all costs.

Neither of them could have guessed the price would be so high, as they embark on their passionate, torrid affair. Aleksi opens Autumn's eyes to new possibilities, shattering her world, leaving her raw and reborn... and with a new found knowledge that pointe shoes aren't just for dancing.
more
Amazon Other stores
Bookmark  Rate:

'Danse Macabre' is tagged as:

All books by Christina Quinn  ❯