Worth the Wait (Southern Love #2) 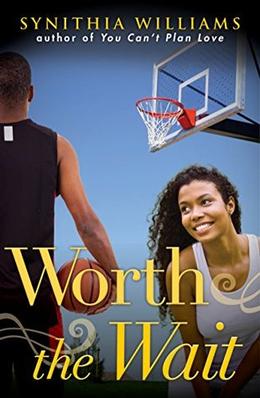 When a virgin frustrated by her nonexistent dating life asks a playboy for a one-night stand, can they really ignore their attraction after the affair?

After Tasha Smith is dumped yet again because of her virginity, she decides it's time to stop saving herself for marriage and start dating like women in the twenty-first century. She sets out to find a man rumored to be good enough in bed to relieve her of the nuisance, but discreet enough to keep her request a secret.

Jared Patterson seems like the perfect candidate. Yet after one searing kiss, she wonders if she'll escape a night with him unscathed. Jared's job as a successful fitness instructor and entrepreneur has helped him keep a string of meaningless relationships from the east to the west coast. After learning the hard way that women can't be trusted, he has no qualms going from one sex-only relationship to the next. Although Tasha is one of the few types of women he avoids - a good girl - the man in him can't turn down her tempting offer.

What starts out as a onetime thing quickly turns into an affair neither want to stop. But when an unexpected situation drastically alters their relationship, it leaves them both asking if it was Worth the Wait.

'Worth the Wait' is tagged as:

Similar books to 'Worth the Wait'

Buy 'Worth the Wait' from the following stores: