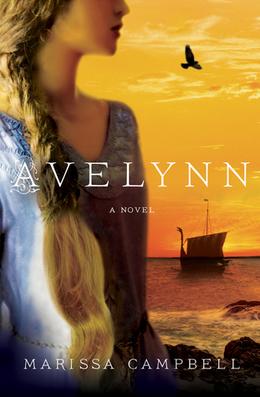 Marissa Campbell's debut novel is a winning combination of romance, history, and adventure sure to appeal to fans of Diana Gabaldon.

It is 869. For eighteen years, Avelynn, the beautiful and secretly pagan daughter of the Eadlorman of Somerset has lived in an environment of love and acceptance. She hasn't yet found a man to make her heart race, but her father has not pressured her to get married. Until now. With whispers of war threatening their land, her father forces Avelynn into a betrothal with Demas, a man who only covets her wealth and status. The dreaded marriage looming, she turns to her faith, searching for answers in an ancient ritual along the coast, only to find Alrik the Blood-Axe and sixty Viking berserkers have landed.

Alrik is unlike any man she has ever known, strong and intriguing. Likewise, he instantly falls for her beauty and courage. The two stumble into a passionate love affair, but it's more than just a greedy suitor who will try to keep them apart.

As the Saxons and Vikings go to war, Avelynn and Alrik find themselves caught in the throes of fate. Can they be true to their people as well as to each other?
more
Amazon Other stores
Bookmark  Rate:

Buy 'Avelynn' from the following stores: