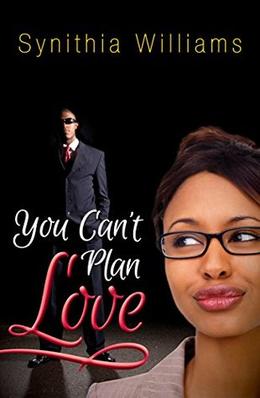 Knowing firsthand the heartbreak that comes when desire and emotion rule a relationship, Kenyatta Copeland assumes marrying Brad Johnson will lead to a safe and secure life. But as much as she believes she can plan her future, it's hard to ignore the way her boss, Malcolm Patterson, ignites her passions with just one look.

After Malcolm learns of her engagement, he makes a play for her heart and reminds her that passion between a man and a woman has its perks but also its costs. When Brad confirms his suspicion that there's more than work between Kenyatta and Malcolm, he devises a sinister plan to keep Kenyatta by his side.

Torn between her promise to marry Brad and her irrepressible longing for Malcolm, Kenyatta must decide if she can live her life in a passionless marriage of convenience or once again trust her heart. Yet Brad does not intend to let her go easily, and by the time she realizes the depths of his treachery, it may be too late.

'You Can't Plan Love' is tagged as:

Buy 'You Can't Plan Love' from the following stores: