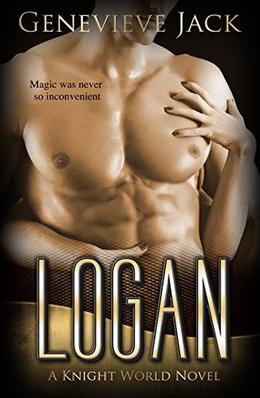 When you play with magic, sometimes you get burned.

Logan Valentine hates witches. After being drugged and tortured by one in the past, he’s sworn off magical types for good. Even when a certain redheaded witch plays the starring role in his hottest dreams, he vows to focus on running his restaurant and leading a normal human life.

Polina Innes treats humans as if they belong in the same category as dogs or pigs. The centuries-old witch considers cross-species romances doomed from the start and hates herself for fantasizing about the blond human she met while helping a fellow witch last year. As her thoughts border on obsession, she becomes desperate to cure herself of her rogue desires using any means possible.

When Polina finds a love potion guaranteed to connect her with her soul mate, she’s sure it’s the answer to wiping Logan from her heart for good. Only her plan backfires. One sip leads her directly to his door, unleashing an unwanted attraction that's impossible to deny and worse, could have deadly consequences.

Although Logan's story is written to stand alone, details and backstory of the characters are best understood and enjoyed if you've read the Knight Games Series first. This book contains content intended for mature audiences.

'Logan' is tagged as:

All books by Genevieve Jack  ❯

Buy 'Logan' from the following stores: