Reclaiming What Is Mine 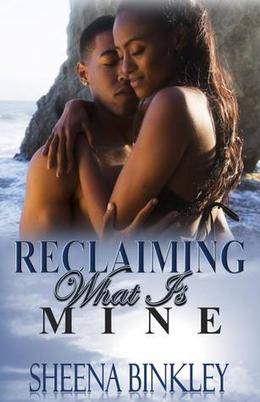 Asia Alexander has had a rough couple of months, from losing her job to losing the place she shared with her husband. To make matters worse, her husband Dwight doesn’t want to do anything to help the situation. Asia is at her breaking point and doesn’t know what more to do. She wants to reclaim her life, but doesn’t know where to start, until one day she walks into a coffeehouse and meets Bryon Gibson. Bryon is everything that Dwight is not, which slowly makes her want to know him even more; but when she starts to get attach, she wonders if she should continue to be around him before she destroys what is important to her.

Bryon Gibson didn’t believe in love until he sets his sights on Asia. She’s everything he wants in a woman, but there’s one thing that’s blocking his chances with her: She’s married. When he withholds a secret from her, will he be able to regain her trust or will he have to walk away from her in order to protect her.

Due to his various misdeeds, Dwight Alexander is slowly losing his wife. From their financial issues to becoming distant has set a toll on him making him seek comfort from someone else. But when he also withholds a secret about his profession, he wonders if his marriage with Asia is worth fighting for or if he should move on with his life?
more
Amazon Other stores
Bookmark  Rate:

Similar books to 'Reclaiming What Is Mine'

Buy 'Reclaiming What Is Mine' from the following stores: