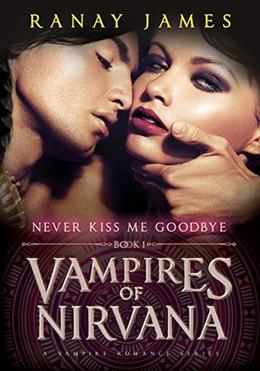 Kari Ransom’s career as a journalist is on a steller trajectory. She’s making a name for herself by exposing some pretty heavy hitters in the political arena for serious crimes and shady dealings. But that rise to the top is cut short when she's grusomely murdered by a professional killer leaving very few clues behind for the authorities to follow.

Her sister Kristen knows there is something more going on under the surface and to find the culprits she enlists the help of homicide detective Slade Jericho. Kristen also senses that there is more to Slade than he’s letting on. But what could that be?

Slade has seen his share of murders in his years on the Phoenix police force. And, his gut’s telling him that Kristen is in serious danger from the same heartless killers who executed Kari. He calls in the best to help him keep Kristen alive and when Chase McKinnon, from the extrodinary McKinnon clan, steps in to lead the security detail, things start to get really dicey.

Will Chase’s past work for or against them as that past is leading them straight into the vampire collective. Will Slade and Kristen find the killers before they are both murdered for the information now in Kristen’s possession?

If they can unravel this twisted web of lies, love, and deception, they will be free to give in to fate and see how perfect they are for each other even against the odds.

This paranormal romance will keep you on the edge of your seat, rooting for the good guys and wondering what's going to happen next.
more
Amazon Other stores
Bookmark  Rate:

'Vampires Of Nirvana : Book 1 - Never Kiss Me Goodbye: A Vampire Romance Series' is tagged as:

All books by Ranay James  ❯