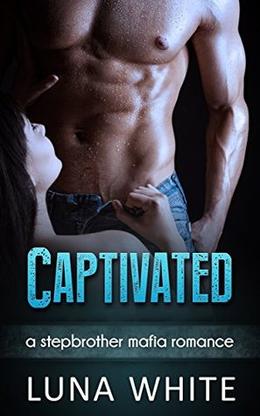 Jade Taylor is determined to become Boston PD’s brightest star, until a chance encounter with her mother brings a criminal into her life. Her gorgeous step-brother, Patrick O’Donnell, who woos her with a smirk and the prospect of lawlessness. She wants to believe that he’s inherently good, that her case file on the Irish mob is wrong about him, but the deeper she searches the more the evidence points towards Patrick.

Jade is trapped, drawn to him but desperate to keep her wits about her, as she wades through the perils of an impending mob war between the new Italian family in Boston and the Irish mob, which has been split down the middle. Patrick sways her body and even her soul, but she can’t shake the feeling that something isn’t right. Just when she’s ready to let go, the ugly truth comes back to haunt her and she’s thrown into disarray.

She must choose: uphold the law or arrest the only man she’s truly been interested in.
more
Amazon Other stores
Bookmark  Rate:

'Captivated' is tagged as:

The 'The Criminal Love Series' series

All books by Luna White  ❯

Buy 'Captivated' from the following stores: