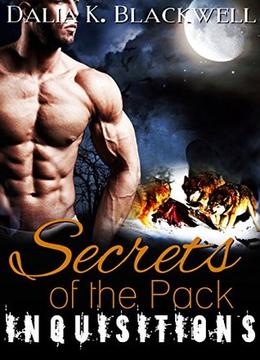 "I'm not going to watch you run off, not while they're out there, chasing you..."


This is a quick, steamy read. It ends with a cliff hanger and is part of an ongoing serial!
more
Amazon Other stores
Bookmark  Rate:

'Secrets of the Pack Book #2: Inquisitions: Shifter Romance' is tagged as:

Buy 'Secrets of the Pack Book #2: Inquisitions: Shifter Romance' from the following stores: