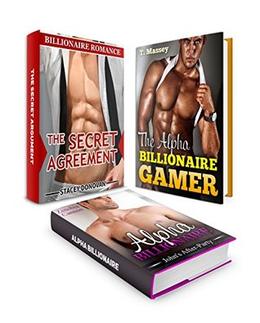 When Cindy is invited to a birthday party by her best friend, Lillian, she doesn't expect to meet anyone like John. The man has more money than he can spend, more charm than she's used to and his blue eyes are enough to get her into all kinds of trouble.

It's love at first sight, but Cindy is hesitant to pursue anything with him. A one night foray brings up complications for both of them, but John is determined to prove his affections for her. Afraid to fall in love, focused on her career, Cindy pushes him away time and time again.

Between the lavish gifts, expensive trips and grand meals, Cindy has to figure out if there's something more to John. The way he gazes at her, the way he touches her is enough to drive her wild. Their time spent together in the bedroom is just as good as their time spent outside of it. However, Cindy is trapped between living in the pain of her past or moving forward into the unknown of the future.

Will the handsome billionaire give up on her? Or will she realize that taking a chance on love is worth the risks?

Maria George is tired. She’s just been through the kind of messy break up she didn’t think she’d ever have to experience and to top it all off the magazine she works at just went into administration.

Now, after months of sitting in rooms with sharp tongued lawyers hurling accusations at her, she wants nothing more than to transition back into the job market and get her life back on track.

She swiftly begins to learn though that the task of job seeking can be just as cutthroat as the world of divorce. So when she sees an ad in the paper for a maid’s job with a good salary and free accommodation she jumps at the opportunity. She gets more than she bargained for though when she accepts the position and begins to work at the new upstate home of charismatic billionaire Wes Goodson, computer game mogul and recent recluse.

What starts as a simple job awakes something within Maria she didn’t even know existed and she begins to learn…there is a way to love again, even after you’ve lost so monumentally before. This is the story of Maria George, and the passionate road she walks to redemption.

Kendra Wade was a college law student, scratching and clawing her way through life. Not blessed with an abundance of financial resources, she relied on student loans and her job at a high end cocktail lounge to keep a roof over her head and food in her belly.

She made the mistake of falling for one of her regular customers – a high powered, high profile, wealthier than sin, attorney to the stars named Zachary Roberts. He always knew what he wanted and he went after it as hard as he could.

When his eye fell upon Kendra, he decided that he was going to do anything he needed to do to have her. He wasn't a man who often heard the word no and usually wound up getting what he wanted.

It was that ego and that attitude that led him to make an offer of what he believed to be a mutually beneficial relationship – a business type dealing that he could control every aspect of. It was a cold, calculating deal, but he was sure that it was one Kendra would take.

He hadn't counted on a fierce and feisty Kendra who wanted more than just Zachary's money. She wanted him. She wanted his heart.
more
Amazon Other stores
Bookmark  Rate: