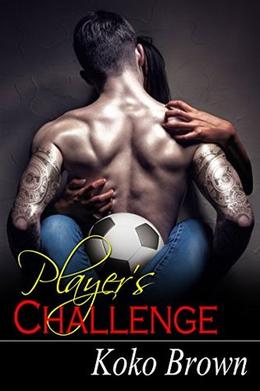 Footballer Devin Spencer is a bad boy in need of handling. Notorious for his off-field exploits, he’s pushed one too many buttons, and even his agent has washed his hands of him. If he doesn’t straighten up his act, the Champions League goalie could face his last days on the pitch.

Gemma Clarke is at the top of her game. She’s a sports agent with a bright future. The only dark spot? The recent addition of her former lover, Devin Spencer, to her client roster.

A decade ago their passionate love affair abruptly ended when Croydon F.C.’s development team came calling. Now Devin’s back, the chemistry between them is hotter than ever, and he's out to prove they belong together by any means necessary.

***This book contains a fair share of adult situations, and graphic language***

NOTE: Player's Challenge was previously published in the USA Today bestselling boxed set, Tall, Dark & Alpha, which is no longer in publication. This edition has been re-edited and expanded with an additional 15,000 words.
more
Amazon Other stores
Bookmark  Rate:

'Player's Challenge' is tagged as:

The 'Hands Off Series' series