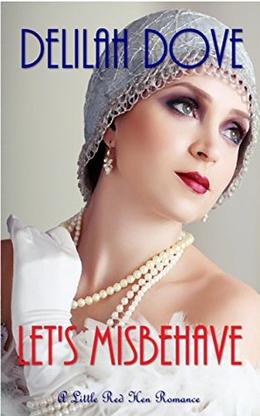 Stella, a silent movie star, only meant to bail her producer out of a jam when she danced the Charleston at the Coconut Grove with the son of a New York gangster. She never expected Tony to chase her all the way to her stepfather’s manor in England. Luckily, her stepfather’s nephew, George, is a real pal. He tells Tony he and Stella are engaged to be married just to put him off the scent. Problem is, George already has Mavis, a real fiancée of his own, and Tony won’t give up on Stella so easily. Worst of all, in the thick of the screwball madness, Stella and George find themselves falling in love.

'Let's Misbehave' is tagged as:

All books by Delilah Dove  ❯