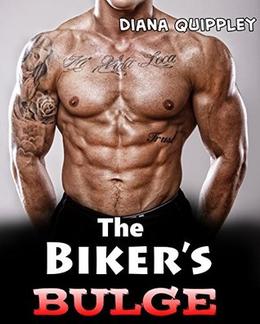 It’s much bigger than she ever imagined…

Sarah stole something that didn’t belong to her. The young, rebellious, and untouched girl took it a long time ago, back when she was still a gawky teenage punker. But the man she stole it from, Madmartigan – leader of her father’s rival MC – never forgot.

He’s a nasty son of a bitch who’s only good at doing two things – one, holding a grudge. And two… exacting revenge on those who’ve wronged him.

However, to protect Sarah’s life, her father Dutch Gunrust, placed the girl in hiding many years ago. But now Sarah is a restless adult woman… A hot-headed, sexy little firecracker. And she doesn’t give a damn if the big thug is still in bitter pursuit of her. In fact, she loves it.

And when Sarah discovers that Madmartigan has sent his own bad boy son, the muscular and irresistible Lugnut, to capture her… it sets off a series of dangerous, lusty, and kick-ass events – that leave the unruly woman with all kinds of mixed feelings. She never expected to fall in love with the jerk from her childhood, especially not if it means ruining her father’s gang.

But Lugnut’s got an even bigger surprise lurking inside his pants – and after so many years apart, Sarah can’t wait to take every throbbing inch of it… but might her forbidden first time also be her last?

The Biker’s BULGE is part one of two books… filled with taboo passion, loads of action, and some hot banging scenes – it is intended for adults only!
more
Amazon Other stores
Bookmark  Rate:

'The Biker's Bulge' is tagged as:

Similar books to 'The Biker's Bulge'

Buy 'The Biker's Bulge' from the following stores: