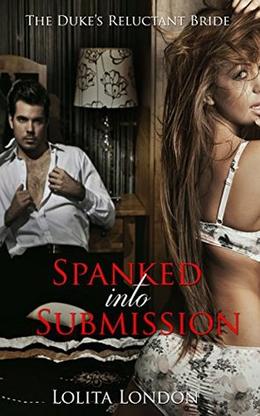 Her lip trembled as he brought his hand down once more, wracking her body with pleasure and pain.
Set in the Victorian era.

When Emilia, a young lady-turned-peasant, is forced to get a job as a maid she has no idea what to expect. She's used to having her own maids waiting on her hand and foot, and although she has no choice in the matter becoming a maid herself is a bitter pill to swallow.

Lord Galbraith knows as soon as he sets eyes on Emilia that she'll be a perfect new conquest for him. Not a crude man to simply take what he wants, he'll take his time to ensure that Emilia becomes his willing plaything, manipulating her until she enjoys his strict punishments more than he does.

What Lord Galbraith doesn't count on is Emilia being much more intelligent than his usual pursuit - and soon the line is blurred between master and servant as he finds himself needing her almost as much as she needs him.

When a fiancée enters the picture it gets heated, and soon Emilia makes a big mistake, one that can't be solved by being bent over Galbraith's lap and punished.

A mistake that will either break them apart or bring them closer than either of them ever imagined.

Once and for all.

This is a full length, stand-alone novella with a satisfying ending. No cliffhangers.

'Spanked Into Submission: The Duke's Reluctant Bride' is tagged as:

Similar books to 'Spanked Into Submission: The Duke's Reluctant Bride'

Buy 'Spanked Into Submission: The Duke's Reluctant Bride' from the following stores: