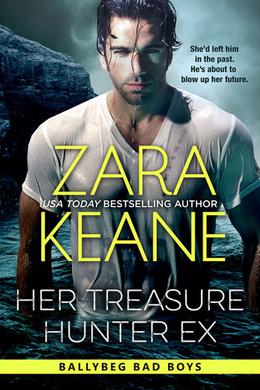 She’d left him in the past…

Underwater photographer Katy Ryan snags the assignment of a lifetime—the chance to explore the wreck of RMS Lusitania. But there’s a catch: Her infuriating ex-fiancé is on the exploration team.

…He’s about to blow up her future.

Declan “Dex” Fitzgerald is a treasure hunter on a mission. Priceless necklaces are hidden in the wreck of the Lusitania. With a loose idea of where to find the gems, and even looser morals, Dex wrangles a last-minute job on the team. And realizes he’ll have to work alongside his uptight-but-sexy-as-hell ex.

And they’re not the only ones in pursuit of the treasure. With sparks flying and oxygen tanks running low, can Dex and Katy retrieve the gems before the bad guys?
more
Amazon Other stores
Bookmark  Rate:

'Her Treasure Hunter Ex' is tagged as:

All books by Zara Keane  ❯

Buy 'Her Treasure Hunter Ex' from the following stores: